I am – and always have been –  utterly dependent on people who are willing to get their hands dirty. Most notably and quite literally these days, my car mechanic and my bike mechanic. But also my plumber, my nurse practitioner and dentist, those who grow and harvest most of the food I eat and deliver most of the energy I use. Pretty much anybody who teaches effectively. The neighbor who helped us to lay the stone walk to our front door. Those who built the computer I am writing t 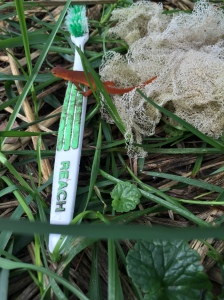 Life is pretty much impossible without dirty hands, either our own or those of others.

The other day I spoke with a newly minted grandmother who was exhausted by the lengths her daughter expected her to go in order to prevent her grandchild from coming into contact with anything, well, dirt-like. This included things like the family dog, the cat, the grass, the floor, the dish cloth … you name it.

Once one of the volunteers helping out with the fieldwork on our neighbor’s small farming operation looked up from her labors as I walked by. Holding up her hands for me to see, she said “Look at these! I had no idea this would be so dirty!”

And just the other week I heard this exchange between two leaders. “It looks like your team is struggling. A few of them are really beginning to go negative. And others outside the team are beginning to notice.” “Ugh!” the other replied. “I was aware they were scuffling, but was hoping  they would sort it out on their own.” “Are you going to step in?” the first leader asked. “If it gets much worse, I guess I’ll have to,” he replied. “Maybe I’ll wait until after the weekend. I hate getting in middle of these things.”

There is no good way of being in the world without getting messy. Life is messy. That’s all there is to it.

And the people I admire most, it turns out, seem least worried about this inevitability. By and large, they unselfconsciously wade in, getting an up-close look at what is going on and, rolling up their sleeves, they pitch in as best they know how.

← Why I Post Our Egg Count
Gratitude as a Revolutionary Sentiment →

30 years of helping individuals, teams and organizations to gain insight and traction around their goals and challenges.